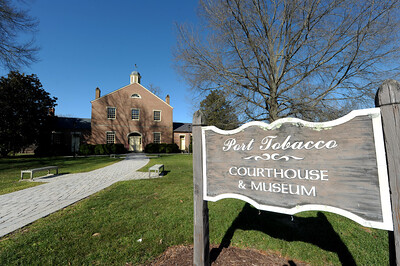 Port Tobacco is located in southern Maryland and is the smallest incorporated town of the entire state. The official town limits reported having only 13 residents at the time of the 2010 census. This area is very small but has a large history that dates back to the 17th century with the first English settlers coming to the area about 1727.

Included below are homes for sale in Port Tobacco. If you would like more information on any of these Port Tobacco real estate listings, just click the "Request More Information" button when viewing the details of that property. We can provide you with disclosures, past sales history, dates and prices of homes recently sold nearby, and more.

And, if you haven't already, be sure to register for a free account so that you can receive email alerts whenever new Port Tobacco listings come on the market.

$599,999
49
7850 Longmont Ct
Port Tobacco, MD 20677
Knotting Hill
4
Beds
2F11/2
Baths
3,571
Sq.Ft.
Century 21 New Millennium
The information being provided by Bright MLS is for the consumer's personal, non-commercial use and may not be used for any purpose other than to identify prospective properties consumer may be interested in purchasing. Any information relating to real estate for sale referenced on this web site comes from the Internet Data Exchange (IDX) program of the Bright MLS. Home Towne Real Estate is not a Multiple Listing Service (MLS), nor does it offer MLS access. This website is a service of Home Towne Real Estate, a broker participant of Bright MLS. This web site may reference real estate listing(s) held by a brokerage firm other than the broker and/or agent who owns this web site.

Port Tobacco was the first county seat of Charles County and the second largest town in Maryland at the time of its founding. Port Tobacco was first a seaport that gave access to the Chesapeake Bay and the Atlantic Ocean. The population and industry in Port Tobacco quickly declined when the traffic from the river was cut off by the silt line and when the town was bypassed by the railroad.

In 1895 the new county seat for Charles County moved to the town of La Plata which also contributed to much of the population moving away. Port Tobacco may have very few residents, but much of the historical sites remain and the 1819 courthouse is now a historical museum.

Port Tobacco is home to the oldest continuously operating Roman Catholic Parish that was founded in the original 13 colonies.

One of the largest and most well-known folklore stories about Port Tobacco is the Legend of the Blue Dog. This story is so beloved that it has become a tradition to tell it in schools every year around Halloween for the past 100 years. The story tells of a large blue dog that protects the treasure of his murdered master that is supposedly buried somewhere on Rose Hill Road just outside of Port tobacco.

Some say the first written account of the blue dog legend dates back to 1897 when Olivia Floyd who was a noted Confederate spy and owner of Rose Hill told the Port Tobacco Times that she had seen the ghost of the blue dog.

The famous and beloved story of the blue dog is one that tells a tale of Charles Thomas Sims who was a soldier and his dog. Both were killed on February 8 sometime in the 18th century on Rose Hill Road while they were returning from Port Tobacco Tavern. The time frame of the story was sometime after the American Revolutionary War when Henry Hanos of Port Tobacco purportedly killed Sims and his dog. It is said that Henry did this because Sims had gold and a deed to an estate that Hanos wanted. The story goes on to say that Hanos buried the gold and deed it to the property under a holly tree along Rose Hill Road and when he returned to the treasure he was scared away by the ghost of the blue dog. Hanos then fell ill and died suddenly and to this day the blue dog is said to continue to watch over his master’s treasure.

Port Tobacco is a very rural area and as such has many homes on large lots of land including some on several acres. You can find great single-family properties in Port Tobacco for less money than other comparable surrounding areas. You can find small modest-sized homes as well as large grand historic estate homes. Homes in Port Tobacco range in price from the mid $200,000s all the way to nearly $2 million.