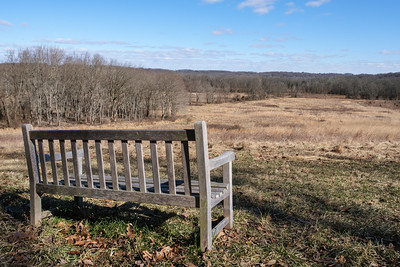 Owings Maryland is located in the northern portion of Calvert County in southern Maryland. Owings is neighbors with Friendship Maryland which is just to the north and the town of Chesapeake Beach is just 4 miles to the south. It is about 23 miles south of the large town of Annapolis.

Included below are homes for sale in Owings. If you would like more information on any of these Owings real estate listings, just click the "Request More Information" button when viewing the details of that property. We can provide you with disclosures, past sales history, dates and prices of homes recently sold nearby, and more.

And, if you haven't already, be sure to register for a free account so that you can receive email alerts whenever new Owings listings come on the market.

Read on below the listings for more information on Owings Maryland.

$791,835
72
20 Saint Michaels Ct
Owings, MD 20736
None Available
4
Beds
2F11/2
Baths
2,962
Sq.Ft.
Cook Real Estate Brokerage
The information being provided by Bright MLS is for the consumer's personal, non-commercial use and may not be used for any purpose other than to identify prospective properties consumer may be interested in purchasing. Any information relating to real estate for sale referenced on this web site comes from the Internet Data Exchange (IDX) program of the Bright MLS. Home Towne Real Estate is not a Multiple Listing Service (MLS), nor does it offer MLS access. This website is a service of Home Towne Real Estate, a broker participant of Bright MLS. This web site may reference real estate listing(s) held by a brokerage firm other than the broker and/or agent who owns this web site.

The Owings area can be described as ex-urban including a mix of rural farmlands as well as suburban residential areas full of neighborhoods and subdivisions. Owings is beloved for its outdoor areas as 50% of it is wooded and there are zoning regulations to protect natural lands and keep them this way.

Prior to the Civil War Owings was much like most of southern Maryland surrounding it, full of tobacco farms. It got its name from the Owings family that had long settled into the area since the 18th century.  Most notably the town is particularly named after Harry P Owings who lived in the Owings house on Solomons Road.

The Owings family played a key role in the development of the North Beach and Chesapeake Beach areas turning it into a summer resort area. They were also a key component to the planning of the Chesapeake Beach Railway which brought much commercialization into the area. The Owings railway stop was the only one located in Calvert County at the time.

Things to do in Owings Maryland

Being that Owings Maryland is mostly rural and suburban subdivisions, most residents living within Owings travel to neighboring towns to enjoy activities that involve modern commercial and business amenities.

The towns of North Beach and Chesapeake Beach are just minutes from the town of Owings and offer some of the most popular beaches in Calvert County. These towns are hosts to several community festivals throughout the year and are also home to several great local shops and restaurants featuring the most amazing fresh-caught seafood.

The public schools of Owings Maryland are part of the Calvert County Public School District. Schools within the Calvert County School District are some of the most highly rated public schools in the Washington D.C. metro area and the state of Maryland. Several young families reside in Owings Maryland to benefit from the highly-rated public schools. Specific Calvert County Schools that serve Owings include Mount Harmony Elementary, Windy Hill Elementary, Northern Middle School, Windy Hill Middle School, and Northern High School. All of these listed schools have received A or A- ratings from the Niche website.

The town of Owings is quiet and mostly made up of single-family properties. If you are searching for a sizable home on a large lot of land in Southern Maryland, the town of Ownings is a great spot to find more homes for your money. You can find large estate-style properties as well as starter and mid-range single-family homes within Owings. It is a great place to find neighborhoods with young families. Home prices in the town of Owings range from $200,000s to $1.3 million.

For more information on homes for sale in Owings or other south Maryland real estate, please contact us any time.