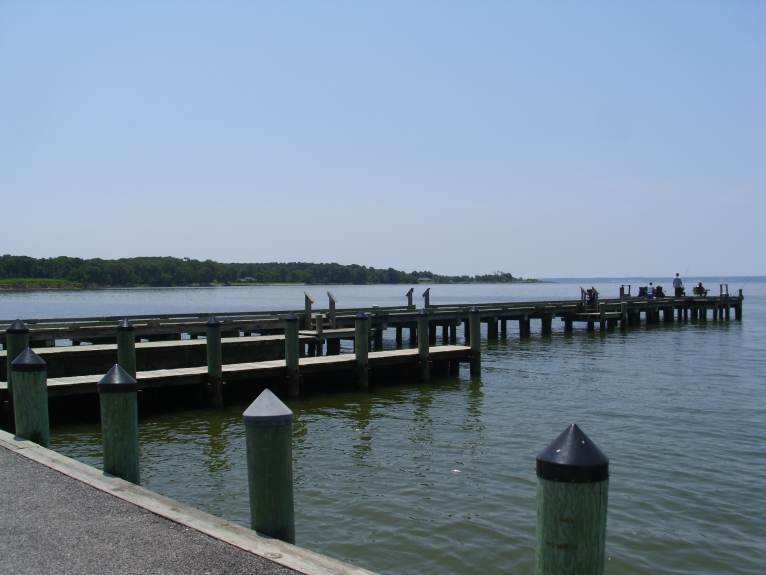 Bushwood Maryland is a small town/undesignated census area of southern Maryland in Saint Mary’s County. It is located just 50 miles south of Washington DC with a tiny population of just over 400 residents. Surrounding towns of Bushwood include California and Lexington Park of which Bushwood is part of the California/Lexington Park metro area, right on the shores of the Chesapeake Bay and the Wicomico River.

Included below are homes for sale in Bushwood. If you would like more information on any of these Bushwood real estate listings, just click the "Request More Information" button when viewing the details of that property. We can provide you with disclosures, past sales history, dates and prices of homes recently sold nearby, and more.

And, if you haven't already, be sure to register for a free account so that you can receive email alerts whenever new Bushwood listings come on the market.

Read on below the listings for more information on Bushwood Maryland.

$215,000
17
36557 Irving Rd
Bushwood, MD 20618
Longview
3
Beds
1
Baths
800
Sq.Ft.
RE/MAX Closers
The information being provided by Bright MLS is for the consumer's personal, non-commercial use and may not be used for any purpose other than to identify prospective properties consumer may be interested in purchasing. Any information relating to real estate for sale referenced on this web site comes from the Internet Data Exchange (IDX) program of the Bright MLS. Home Towne Real Estate is not a Multiple Listing Service (MLS), nor does it offer MLS access. This website is a service of Home Towne Real Estate, a broker participant of Bright MLS. This web site may reference real estate listing(s) held by a brokerage firm other than the broker and/or agent who owns this web site.

This quiet area right on the water provides a very rural and affordable suburban area to those working in neighboring larger towns including Washington DC and parts of northern Virginia.

Bushwood has a rich history dating back to the 17th century much of the center of the town of Bushwood features 19th century architecture. In the 17th and 18th centuries, the road that passes through Bushwood was used to serve as a road for local farmers to reach the plantation wharf at Bushwood, it was the main area in southern Maryland used for buying and selling goods and labor. Much of Bushwood’s commercial activity happened during the 19th and early 20th century when it provided access to Plowden’s Wharf which was a location on a steamboat landing. The steamboat landing led to a large increase in activity in the town of Bushwood which decreased as steamboat service ceased in 1932.

Things to Do in Bushwood Maryland

This community park is on route 242 right next to Bethune Elementary School. The park is a great outdoor recreational space free for anyone to enjoy with a softball diamond, baseball diamond, soccer field, tennis courts, playground and picnic area.

Bushwood Lodge or Ocean Hall is one of the last remaining historical sites in the town of Bushwood from its early historical commercial boom. Today it is on the national registry of historical sites.

Public boat ramp where are you can put in any type of vessel. Many people love to start a kayak trip from here near the mouth of the Wicomico River where the Wicomico enters the Potomac River. The area was renovated in 2005 and is a popular spot for fishing as well. During the 1920s this was an important port for Saint Mary’s County were passengers and goods were transported to and from Baltimore and Washington DC on regularly scheduled steam ships. Today you can see part of the remnants of the original steamship port here at low tide.

Quade’s Store is a small local store located at Bushwood Wharf. It is a historical and charming gem of Bushwood known for friendly staff, the best comfort food you have ever had in southern Maryland, amazing views of the water, and some staple items you may need for boating out on the wharf. Quade’s is a little-known gem, but well known by every local in Bushwood as a place to get one of the best meals in southern Maryland.

There is a very wide variety of homes in the town of Bushwood Maryland. There are some beautiful historic homes still standing but rarely available, there are affordable mobile homes, there are newer construction homes, and there are also large plots of land for sale in the area. Most properties in Bushwood are single-family homes in a rural and quiet area offering plenty of relaxed small-town quiet privacy not far from the water. Currently, home prices in and around Bushwood range from under $100,000 to over $400,000 with a median home price of around $250,000.

For more information on available homes in sale in Bushwood and other southern Maryland real estate, please contact us anytime.